Translucent polycarbonate roofing and façades take the spotlight  at a historical Australia studio.

Featherston House near Melbourne, Australia, has been influential in Australian architectural design since the 1960's. It is a family based studio in which 2 generations have lived and worked. It was designed as part of a larger heritage building for Mary and Grant Featherston, who lived and worked in the compound for over 50 years. The adventurous Featherston House, designed as a single open space with a translucent roof and very few internal walls, was an Avant-garde experiment at the time. It is located in a forested area and modern touches were needed to maximize light and thermal performance. The studio segment brings a new take on the architect's original design, complete with an open-space layout and a strong connection to the outdoor surroundings with a translucent polycarbonate wall and ceiling.

A polycarbonate standing seam panel system was specified by Two Feathers as the design team was looking for a product that can be fabricated and made practical with the very challenging building elements. They trialed and pushed aesthetics, structure lighting and climate control to the limit while working on challenging geometry.

An invert installation of the standing seam panel system was implemented with the aluminum C joiners, and with an additional internal layer of SUNPAL®.

The polycarbonate façade details included an external layer installed inside out, creating a flush façade appearance towards the outside. A 54mm aluminum vertical joiner made it easy to attach the sheet to the internal wall.

To meet site access requirements, the installation was planned to enable delivery of long panels to the site in small batches by crane lifts. Polycarbonate pallets had to be lifted over the building, close to precious architectural objects on the property’s boundary.

The use of polycarbonate sheets for roofing has almost become synonymous with ...
END_OF_DOCUMENT_TOKEN_TO_BE_REPLACED

While fire safety and regulations have always been a high priority in building...
END_OF_DOCUMENT_TOKEN_TO_BE_REPLACED

A dusty industrial zone serves as the background for a shiny service station...
END_OF_DOCUMENT_TOKEN_TO_BE_REPLACED 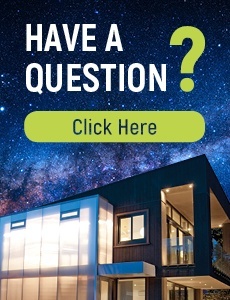