This has been a World Cup like no other. A World Cup filled with impossible goals and truly unbelievable matches.

In 2010 when Russia won the bid to host the World Cup, it was tasked with the unfathomable mission to build 12 world-class stadiums by 2018. Some of which were only completed a few months before the opening ceremony!

So, when the designers of the Nizhny Novgorod Stadium required a unique roofing solution that would withstand Russia's extreme winter conditions, Palram's polycarbonate roofing system provided them with the win they needed.

The city of Nizhny Novgorod is located about 400 km east of Moscow, and the stadium was built in an area known as the Spit (Strelki), at the confluence of the two major rivers: the Volga and the Oka.

The Nizhny Novgorod Stadium hosted five games in the group stages and the round of sixteen, including Croatia's surprising win over Argentina, and also hosted the quarter-finals match between France and Uruguay. In total six games. Following FIFA, the stadium will once again belong to the city’s home team – FC Olimpiyets Nizhny Novgorod. It will also hold concerts and large-scale events. For this reason, the designers wanted this stadium to be designed in a way that it’s available for use all year round.

Winter temperatures in Nizhny Novgorod can reach an average low of -13 Celsius, and it is situated in a region with extreme snowfall. In December 2017 alone the city experienced 48.5 cm of snow, falling for 24 consecutive days.

The designers of the stadium were looking for a roof that could withstand an unusually high snow load of up to 450 kg/sqm and wind loads of up to 200 kg/sqm. This meant that the roof needed to be extremely strong and resilient and at the same time allow as much natural light in as possible. Not an easy balancing act.

The Russian design team approached several suppliers with this task, but none were able to meet the requirements. Finally, in May 2017 (only one year before the beginning of the tournament) they met with Palram's team of engineers who accepted the challenge. The plan was to cover the entire roof (60,000 square meters in total) with a unique polycarbonate roofing system - SUNPAL.

SUNPAL is an advanced multiwall polycarbonate panel system that enabled the design and engineering team to use a variety of different colors, incorporate natural light while also protecting spectators from harmful UV rays on sunny days, and ensure the structural strength of the stadium roof. It is designed to withstand very high loads, is lightweight and leak-proof, and can accommodate thermal expansion and contraction. However, the Russian winter is exceptionally harsh and special measures had to be taken to ensure that even the worst of the Russian storms could not cause the sheets to loosen. To tackle this issue; the team designed special aluminum profiles that would hold the polycarbonate tightly and securely.

Palram installed a mockup of the project in its testing facility and conducted a loading simulation supervised by a team of the customer’s engineers sent from Russia. After passing the test and getting the project approval, Palram's team went to work.

The stadium's roof was designed to look like a whirlpool in the colors white, blue and azure, which represent the nature of the region and the elements of water and wind. The idea was to make the arena blend in with its surroundings and the two rivers it stands by. This, of course, was another challenge Palram's team had to face. The colors had to be matched to specified Panton colors, and samples were sent to Russia for approval.

Next, came the meticulous planning of the roof. The engineers had to create a precise map of sheet sizes in each specific color and then create unique labels for each piece to aid with the installation. Once the sheets were produced, they had to be labeled and grouped, so that the installers on the ground would know precisely where every pallet needed to be placed. The sheets were then packaged carefully and sent to Russia to be installed.

The entire project – from the first meeting through planning, production, packaging, and delivery to Russia took only four months to complete - a spectacular World Cup victory.

The tournament will come to its conclusion on July 15th, but Palram's polycarbonate roofing system will ensure that even during Russia's severe winters, the game will go on.

The use of polycarbonate sheets for roofing has almost become synonymous with ...
END_OF_DOCUMENT_TOKEN_TO_BE_REPLACED

While fire safety and regulations have always been a high priority in building...
END_OF_DOCUMENT_TOKEN_TO_BE_REPLACED

Featherston House near Melbourne, Australia, has been influential in Australian...
END_OF_DOCUMENT_TOKEN_TO_BE_REPLACED

A dusty industrial zone serves as the background for a shiny service station...
END_OF_DOCUMENT_TOKEN_TO_BE_REPLACED 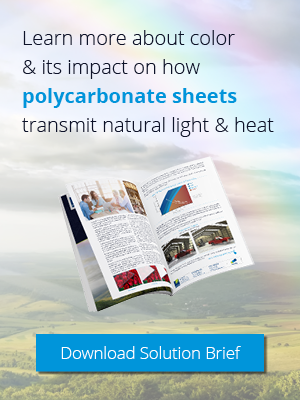